Who were the Persians?

The earliest record of the Persians in Iran comes from the Assyrians sources in 844 BC. A new group of people who were Indo-Europeans entered the Iranian plateau probably around 1000 BC. These newcomers called themselves the “Aryans” which means noblemen.

The Aryans first lived in the southeast of the Lake Urumia but later took over Susa, the capital of Elam. Aryans spoke a different language than the Elamites and they were mostly nomads but some were warriors with strong horses, fast chariots and iron tools. The Aryans were divided into the Medes and the Persians. 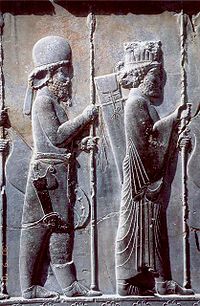 Who were the Medes?

They eventually established their capital in Ecbatana (today's Hamadan) and became very powerful. King Cyrus the Great whose mother was a Mede united the Persians and the Medes and established the First Persian Empire. The Median priests were known as the Magi and they helped establish and spread Zoroaster's Message. 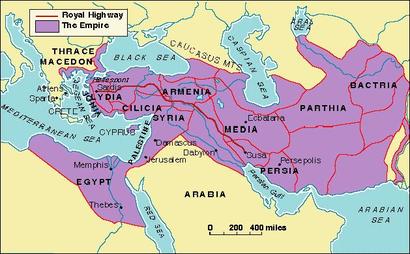 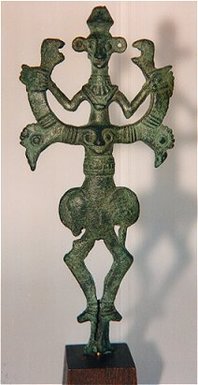 Who made the Luristan Bronzes?

The Luristan bronzes are a collection of tools, weapons and artifacts that were made during the early Iron Age in Luristan area of Iran. Luristan is an area in western Iran near Iraq. We don't know exactly who were the artists who made these artifacts. But we know that they were very skilled. The Luristan Bronzes may have been made by the early Persians or Medes. 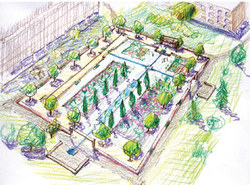 
The ancient Persian gardens were called paridaiza or Pardis. This word has entered the English language as Paradise. The ancient Persians built walled-gardens full of shady trees: the cypress, the elm, plane trees and date palms and many different flowers: roses, irises, and lilies.

These gardens had several large shady pavilions perfect for relaxing or entertaining as well as water fountains and pools. Many gardens contained a hunting park as well. The wild animals included lions, boars, tigers, and gazelles. The garden had also a bird sanctuary with many exotic birds like ostriches and peacocks (brought from India).

Persian houses were built with mud-brick around a large courtyard with several palm trees and a small pool. Many houses had shady portico, large, airy rooms with white plaster walls decorated with geometric wall paintings. Kitchen and bath had bitumen floors built on the corner of the courtyard. Wealthy people had kitchens with clay stove and clay pipes.

Watch this Youtube video about some interesting facts about everyday life in ancient Persia. Enjoy!