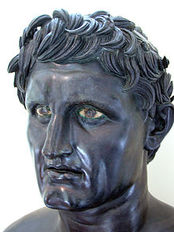 Who were the Seleucids?


After Alexander's death in 330 BC, his empire was divided between his Greek generals. One of his generals, Seleucus became the ruler of Iran (Persia) and founded the Seleucid dynasty. Seleucus and his Greek successors ruled Iran for more than a century and encouraged Greek languages art and customs.This picture shows Seleucus I who was the first Seleucid ruler of Iran. 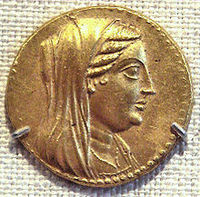 His first wife, Lady Apame, was a Persian noblewoman from Sogdiana (today's Central Asia, around Samarkand). Queen Apame-shown on this coin- was the daughter of Lord Spitamanes, Satrap of Bactria ( today's Bokhara). After Apame's death, several cities in today's Syria and Iraq were named after her. One of Seleucus's daughter's from Queen Apame was Princess Laodice who became a powerful queen. She lived in Ephesus in today's Turkey. 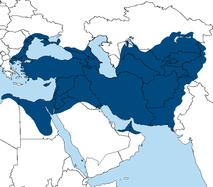 Who were the Parthians?

The Parthians were a Persian tribe from Central Asia who overthrew the Greek Seleucids and established the Parthian Empire in 250 BC. Although the Parthians destroyed the Seleucids, they continued the Greek life style and art. The Parthians were warlike people who fought many successful wars with neighboring Romans and even defeated the Roman general Mark Antony in a battle in 36 BC. 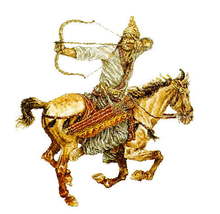 The Parthians were excellent archers. They attacked the enemy, and when the enemy soldiers followed, the Parthian archers twisted around their horses and threw arrows into the enemy lines while galloping away. The Romans called this clever tactic the "Parthian Shot." 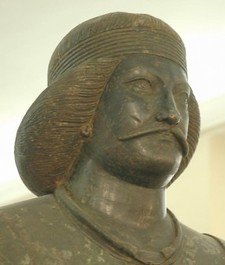 The Battle of Carrhae

The Battle of Carrahe was fought between the Romans and the Parthians in 53 BC in Carrhae, an area in the southeast of today's Turkey. The Romans were led by the wealthy Marcus Crassus. At the head of the Parthian army was General Surena (on the left) who was sent by King Orodes II to stop the Roman army's advancement.

Despite their great numbers and self-confidence, the Romans suffered their greatest defeat in history in this battle. Crassus and thousands of his soldiers were killed and the Roman legionary standard was captured by the Parthians dealing a blow to the Roman morale. The Parthians proved that they were a great military power in the region. 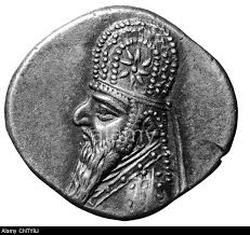 Mithridates II the Great was a Parthian king who lived from 121 BC to 91 BC. Mithridates was a very wise and capable king who expanded the Parthian Empire to Armenia, Mesopotamia and in the east to Central Asia. Mithridates was the first Parthian king who called himself the King of Kings. It was during his reign, that the Chinese Emperor Wu of Han Dynasty sent a delegation to Parthia, and the Silk Road officially opened in 119 BC expanding trade between two empires.
​ 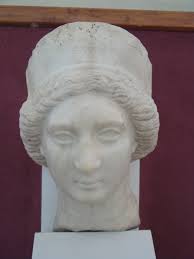 Musa (shown in the left) was a Roman concubine given by Roman Emperor Augustus to the Parthian king Pharaates IV. She later became King's favorite wife. In 2 BC, she killed the Parthian king and became a co-ruler with her son, Pharaates V. It is said that when she decided to marry her own son, the Parthians became outraged and rose up against her. She was overthrown and killed in 4 AD. 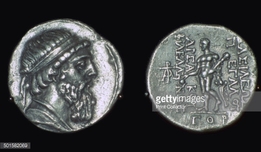 Rhodogune was a daughter of the Parthian King Mithradates I (pictured here) and sister of King Phraates II (138 BC). According to the Roman historian, Plyaeneus,  Rhodogune was having a bath when she found out about a revolt. She then went to battle vowing not to bathe until the revolt was suppressed. She successfully directed her army to victory. After that she was always depicted on seals with untidy hair.

This statue of a Parthian noblewoman from Hatra (in today's Iraq) shows the Parthian wealth. She is wearing much jewelry and  an elaborate headdress. The Parthians were wealthy because of trade in silk, precious stones and spices with the Romans and the Chinese. 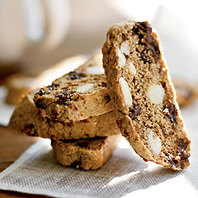 Did you know the Italian biscotti has Parthian origins? After many battles with the Parthians, the Romans discovered that Parthian soldiers carried with them a kind of hard, crispy bread that lasted for a long time. The Romans called this hardy cookie the "Parthian bread," which was probably baked twice to make it last long.

Later the Romans added honey, nuts and spices to the Parthian bread making it similar to today's biscotti.
​

The Parthians did not have an official religion, and we don’t know how many people were Zoroastrian during the Parthian Empire. However, scholars believe that many people followed Zoroastrianism. King Vologases I (Valakhsh) who lived until 78 AD (on the left) encouraged the spread of Zoroastrianism by supporting the power of the Magi (the Zoroastrian priests) in his court. His coins sometimes show the depiction of a fire temple, which became fashionable in the Sasanian times. Most Parthians, however, were Polytheist who worshipped many Greek gods like Heracles.  Some were Jewish, Buddhist or even Christian. 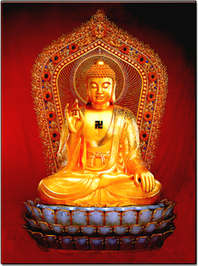 Who was An Shigao?
​
An Shigao (this is his Chinese name-we don't know his Persian name) was a Parthian prince who converted to Buddhism sometime around 148-180 AD. An Shigao then became a Buddhist missionary and traveled to China. There for the first time he translated the Indian Buddhist texts into Chinese. One of An Shigao's followers was a Parthian layman named An Xuan, who translated a Mahayana (a form of Buddhism popular in China and Japan that has been influenced by Zoroastrianism) text into Chinese.

The End of Parthia

​​Artabanus V (on the left) was the last Parthian King.  He successfully defeated the Roman Emperor Macrinus, who had to sign a peace treaty in which he paid a huge sum to the Parthians and gave up all the Roman conquests. However, later Ardashir-e Papagan, a Persian prince from Estakhr, rose up against Artabanus.
​In 224 AD he defeated Artabanus V in the Battle of Hormozgan near today’s Bandar Abbas near the Persian Gulf. This defeat ended the 400-year-old Parthian Empire.