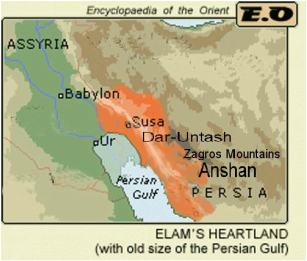 Who were the Elamites?

We don’t know the origins of the Elamite people. But we know that the first Elamites settled in the southwestern Iran near the Persian Gulf around 3300 BC.

The first Elamite king ruled around 2700 BC.The Elamites eventually became so powerful that in 2004 BC attacked the Sumerian city of Ur and took its king captive.

The Elamites settled down in the city of Anshan and grew strong through trade and military power. The most important Elamite city is Susa established around 4000 BC. In 1000 BC, Susa had more than 20,000 residents.

In around 640 BC, the Assyrian king, Ashurbenipal, invaded Susa, the capital of the Elamite Empire, and destroyed Elam.

Then a new group of people who were Indo-European and spoke a different language took over Elam which had become very weak. This group of people who had come to the Iranian plateau around 1000 BC were called Parsu. The Parsu and their fellow Medes became united later established the Persian Empire. 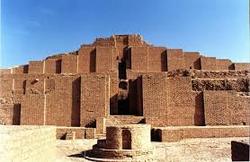 In 1250 BC, the great Elamite king, Untash-Gal, constructed a ziggurat (temple tower) in his new city of Dur-Untash. The ziggurat was dedicated to several gods and goddesses. Thousands of workers, tile-makers, brick-bakers, painters and artists worked at the ziggurat. This temple tower which still stands has five stories and stands at 200 feet high. At one point, the walls was constructed with colorful glazed bricks. The top story where the statues of the gods stood was built with gold and silver bricks. This beautiful ziggurat showed the power and prestige of the Elamite Empire. Today, this ziggurat is known as Chogha Zanbil, and it is located in Khuzestan province in Iran. 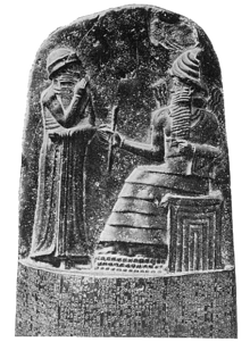 Shutruk-Nakhunte was an Elamite king who lived around 1185 BC. He established a very powerful empire and conquered Mesopotamia (today's Iraq).  He then took Hammurabi's Code and brought it to Elam. Hammurabi was a Babylonian king who lived around 1754 BC. He had enacted a series of laws that were written on a stone stele (a stone slab). To show Elam's power, Shutruk-Nakhunte took Hammurabi's Code to Elam. Hammurabi's Code remained in Iran until 1901 when the French archaeologists found it and took it to the Louvre Museum in Paris where it stands today. 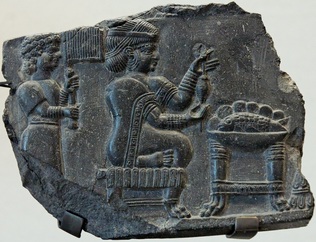 For the most part, the Elamite society was based on matriarchy, a system of government based on power of women. That’s why Elamite women had many rights. When a man died, his wife, mother and sisters inherited his property. Women could own property, run their own businesses and even read and write.

Elamite women could even rule. For example, King Shirktuh I chose his mother as his successor. She ruled Susa for 20 years until 1770 BC. She was a good ruler who was remembered by the Elamites as the “Gracious Mother.”

The Elamites worshiped many different gods and goddesses. In fact, every city or village had its own god. That’s why Elamites called their country “Hal-tamti” or “Land of Gods.” The greatest god of Elam was Inshushinak, the god of the afterlife. The sun-god, Nahhunte, who oversaw the law, was important too.

The Elamites worshiped many goddesses too. One was Kiririsha who was called “the Great Goddess.” 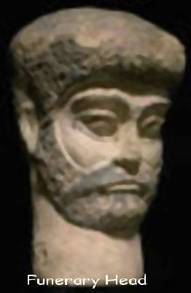 The Elamite people buried their dead under the floor of their homes so their souls remain close to the family.

When a child died, the parents put his remains inside a large clay jar and left it in a grave with his valuable possessions like his toys.

The Elamites  made regular offerings of food and wine to their dead so they won’t be hungry and thirsty in the afterlife.

Sometimes, a clay funerary head was made and put in the grave to protect the dead from the evil spirits of the Underworld. 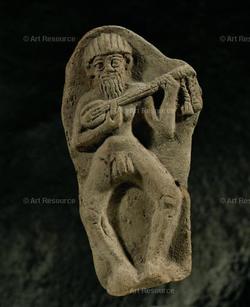 Did Elamite kids play with toys?

Elamite kids play with various toys built with clay, bitumen (natural asphalt) or limestone. As monkeys were sacred in Elam, archeologists have found many small statues of monkeys which were used as toys or offerings to the temples. These lion and hedgehog toys from around 1100 BC were built with bitumen and limestone. 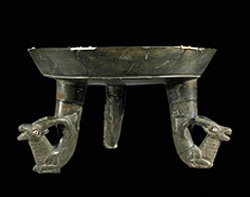 The people of Elam were skillful artists who used bitumen in their artwork. Bitumen is the natural asphalt which is easily found in Susa. The artists molded the bitumen into a proper shape, add quartz and some other things into it and then harden it by heat and polish it. Elamite artists used stones or clay in their artwork as well. 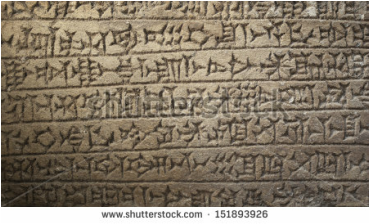 Did the Elamites have a writing system?

The Elamites were among the first people who invented writing. Back in 3000 BC, they began using pictorial signs for writing. Then sometime around 2000 BC, they developed cuneiform, a kind of writing with wedge-shaped characters. Elamites wrote on the wet clay with a help of a reed stylus-a sharp tool with a sharp point like a modern ballpoint.


Many scholars believe that the Elamite cuneiform was based on the Akkadian, the language of Semitic people who lived in Mesopotamia. But recent archaeological discovery in 2006 in Jirof, east of Elam, shows that the Elamite script had its origins in the east not in the Mesopotamia.

Do you want to see how your name looks like in cuneiform? Check out this website and write your name in the Babylonian cuneiform which is similar to the Elamite one.

Anzaze was an Elamite Queen who with her husband, Kamnaskires III, ruled some parts of the southwest of Iran during the Parthian times around 82 BC to 75 BC. This coin depicts her and her husband together.