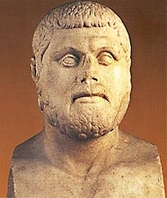 Themistocles was a Greek politician who helped defeat the Persians in the famous Battle of Salamis in September 480 BC. But later in 472 BC, he had to flee Athens in disgrace. King Artaxerxes I was generous enough to give refuge to the former enemy and Themistocles went to work for King Artaxerxes. He stayed in Persia, in his large estate in Magnesia in Asia Minor (today's Turkey) until his death in 459 BC.

Queen Artemisia I of Halicarnassus


Artemisia was a fierce navy commander and ruler of Halicarnassus (today's Bodrum in modern Turkey). She was confident and a good friend of King Xerxes. In 480 BC, Artemisia commanded 5 ships and fought on the side of the Persians against the Greeks.

King Xerxes was wise enough to listen to Artemisia's advice not to engage with the Greeks.  She later was put in charge of protecting Xerxes's sons in Ephesus (in today's Turkey).  As a token of appreciation, this calcite jar was given to Artemisia by King Xerxes and had remained in her family treasures for centuries. In ancient times, it was customary to give jars to one's lovers. That's why some scholars think that Artemisia might have been King Xerxes's lover. 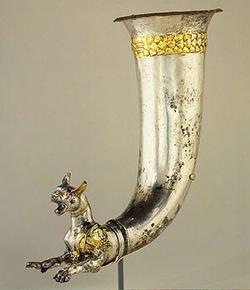 However, Persians considered it a bad manner if someone got drunk, used bad language, started a fight or threw up at a party. If anybody made a decision while drinking, it was customary to review it the next day when sober.

The ancient Persians made wine from grapes, plums and dates and drank it in gold or silver rhytons (drinking horns) like this one. It was normal for women to drink and take part in parties alongside their husbands. The ancient Persians drank beer as well. Dr. Patrick McGovern of University of Pennsylvania has discovered the oldest beer in the world in Zagros Mountains in Iran. It dates back to 3400 BC and it is made with barley. Ancient beer was made from various herbs and spices and it was much stronger than today's beer. 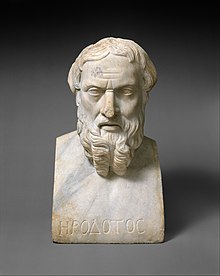 Herodotus (born in 484 BC) was a Greek historian who was born in  Halicarnassus (modern day Bodrum in Turkey) which was part of the Persian Empire. As a Persian citizen, Herodotus traveled in Persia freely and  wrote a book known as The Histories.

In it he talked about the Persians, their history, culture and religion.
According to Herodotus, Persians had no images of the gods. They didn’t have temples or altars either. They prayed in the open space. One important thing for the Persians was to teach their children three things, to ride, to shoot and to always tell the truth.

Herodotus also mentions the importance the Persians gave to celebrating their birthdays. On their birthdays poor or rich celebrate with lots of food, wine and dessert but they are careful not to get drunk. 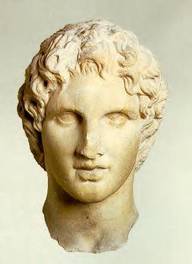 Who was Alexander III?

Alexander was a king of Macedon who conquered the Persian Empire in 330 BC burning the Imperial city of Persepolis to the ground. He eventually died in Babylon in 323 BC at age of 32. After his death, his empire was divided among his generals. Persia was given to Selecus Nicator whose wife Lady Apama was a daughter of General Spitamenes, who was from Soghdiana (Soghdians were Iranian people who lived in northwest of today's Iran near Samarkand).


Although Alexander came to Persia to Hellenize the ancient Persians, he eventually adopted many Persian customs such as wearing Persian diadem and undergarments, and dressed his horses in Persian harness. He became very close to several Persian women and married Roxanna of Bactria. He was also a keen admirer of King Cyrus the Great. When he found out that Cyrus the Great's tomb was desecrated by his soldiers, he ordered their execution.

Zoroastrians call Alexander "the accursed" because he destroyed many Zoroastrian temples and burned many sacred Zoroastrian books. 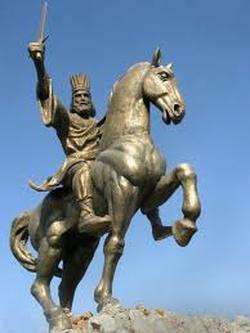 Who was Ario Barzan?

Ario Barzan was a Persian military commander who led the last stand against Alexander's army at the Battle of the Persian Gates in winter of 330 BC.

At first, Ario Barzan was victorious and inflicted heavy casualties on the Greeks but it is believed that a Sheppard betrayed him and showed an alternative route to Alexander and his army.

This enabled Alexander to win the Battle eventually. Ario Barzan died in the battle and after his defeat, King Darius III had no choice but to flee to Bactria in Central Asia. The King eventually was betrayed and was killed. His body was found by Alexander who ordered a magnificent state funeral in Darius's honor.

Achaemenid Fortification Tablets is a group of clay tablets found in Persepolis in 1930's. The burning of Persepolis by Alexander helped preserve these tablets which give us a wealth of information about life during the Achaemenid Empire.

For example, we now know that in 503 BC, Queen Artystone, the daughter of King Cyrus the Great and favorite wife of King Darius threw a big birthday party for him. King Darius's birthday bash was held in one of Queen's palaces near Persepolis. More than 2000 guests including foreign dignitaries were invited. We know that 100 sheep were slaughtered and 2000 jars of wine were brought in for the celebrations. 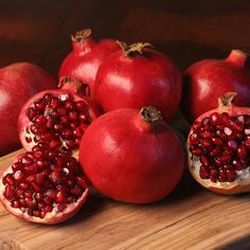 What did the ancient Persians eat?

The Achaemenid Fortification Tablets show that the ancient Persians roasted barley, wheat or millet and made bread or mash. Wealthy people threw big parties where they served various meats such as horses, goats, oxen and even exotic meats such as ostriches. They also served different birds like quail.

Ancient Persians were familiar with many different fruit such as figs, dates, plums, apples, pears, and mulberries. Ancient people knew pomegranates and peaches as "Persian fruits."

People in ancient Persia knew  various different vegetables and herbs including garlic, rhubarb and spinach. According to ancient Greek writers, on their birthdays, ancient Persians served sweet desserts such as puddings and jams and drank lots of wine and beer.